After giving passionate sermons despite the fatigue from his first trip to Korea for 2013 Summer Conference in Yeoju, Dr. Bruce Waltke gave another thought-provoking sermon on August 11th at the Pyungkang Cheil Church in Seoul. 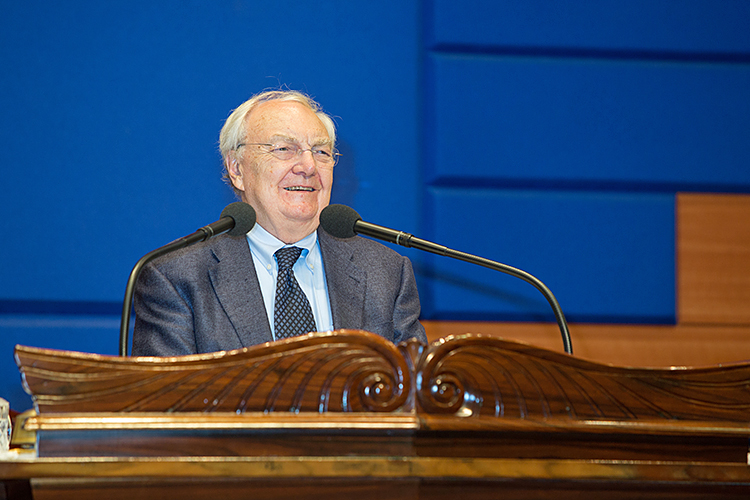 What kind of creature is humans?

Emil Brunner (1889-1966), a theologian, claimed that knowing oneself is the most important thing in one's life. It is crucial, he contends, to have a perspective of seeing himself, that is to say understand the essence and the destiny of himself. Then that would lead him to have a control of his life, doing whatever he likes. Whereas, philosophers frequently deprecating remarks on human beings or the life of human: Aristotle once stated that humans are political animals; Edmun Burke religious animals; Thoms Carlyle tool-using animals; Benjamin Franklin tool-making animals. In addition, Burrhus Frederic Skinner undervalued the dignity of man by arguing that the behavior of human is determined by the environment. Sigmund Freud claimed that the ego is not master in its own house. Arthur Schopenhauer, a pessimist philosopher, once replied “I wish I knew that” to a park cleaner who asked, "who are you?"

As if answering this question, the Bible says, "you are crowned with glory and honor" (Psalms 8:5). Like He crowns kings, God has put on us a great and glorious crown on each of our head. 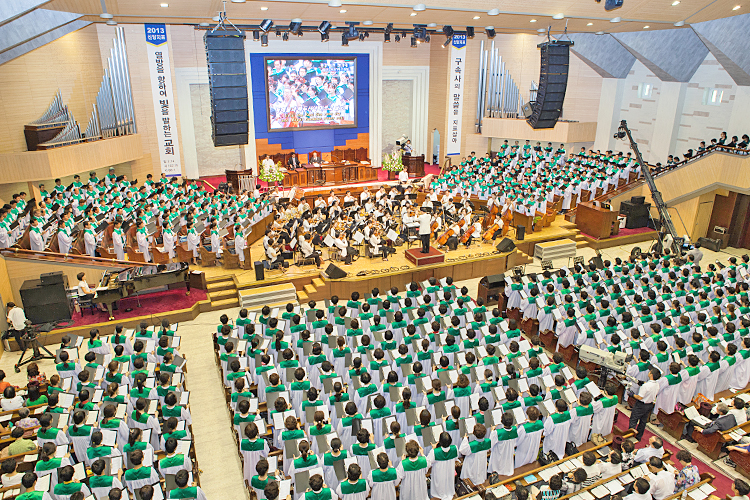 Our role is to praise the Lord.

One of our roles we have to fulfill on the stage of life with the dignity bestowed upon by God is praising Him. It is written in Psalms 7:17 as follows. "I will give thanks to the Lord because of his righteousness. I will sing the praises of the name of the Lord Most High." The topic of today's verses, the first verses and the last verse are all praising the Lord. The next chapter of Psalms continues to praise the Lord.

Jehovah, the sign of God, means “in eternal existence and presence unaccompanied by no one but Himself.” The word “majestic” (Psalms 8:1) is, in Hebrew, being magnificent in one's ability. Jehovah defeated the great Egypt at the time of Moses and Jesus Christ defeated the death. We can see that as the work of redemption progresses the power and signs of God are becoming more evident. If no one realizes His existence when God is present with us, God may seem as if He does not exist. Therefore, it is important that we praise the Lord and Jesus Christ. There is even a verse by Jesus that if no one praise him, the stones will cry out (Luke 19:38-40).

Jesus has made us like 'living stones' through whom the name of Jesus can be praised. Praise reflects, first, God's work of creation (Psalms 1, Psalms 3). Second, praise reflects His supervision over history. The almighty and eternal God makes Himself evident to us (Romans 1: 18-21)

Modest praise and supplication augment the power of God.

It is written in Psalms 8:2 that "through the praise of children and infants, you have established a stronghold against your enemies, to silence the foe and the avenger." "The praise of children and infants" is a metaphorical expression of our praise and supplication. As Martin Luther explained, the things that come out of the mouth of infants who suck their mother's milk indicate the humility of human. It is by not the strong but the weak such as the infants and children that God's countries are built on this earth. John Calvin once stated that the people of God do not have to praise and pray in an eloquent manner, that their earnest prayers and praise suffice to become weapons to conquer their enemies, and that when God use such rather weak people to vanquish the arrogant, His glory further heightens. A sword made of God's word (Psalms 149:6-7, not that made of metal, makes this church great, and because of that, Korea will become great. That is the glory that God bestows upon His people.

In fact, Jesus Christ has already shown the triumph of the congregation of the Lord. If we read Hebrew 2:5-9, which is related to Psalms 8, the verses tell us "you made them a little lower than the angels. You crowned them with glory and honor and put everything under their feet", although people are yet to see that everything is subjected to them. Jesus was crucified and died because of our sins and arrogance. But he resurrected; he no longer had the old body, and he was endowed with a new transformed and glorious body. Likewise, if we are re-worn with such a body when Jesus Christ returns, our bodies can be transformed in such a way and live in heaven.

Dr. Waltke clarified at the end that although our best praise cannot be compared to God's grand glory, although our best prayer is still weak, we can be helped by His Holy Spirit and be fully committed to and dependent on Him. Dr. Waltke ended his sermon with an earnest prayer that God works through us to promulgate His name throughout the entire world.